HAVE YOU GOT SOMETHING TO PROVE? 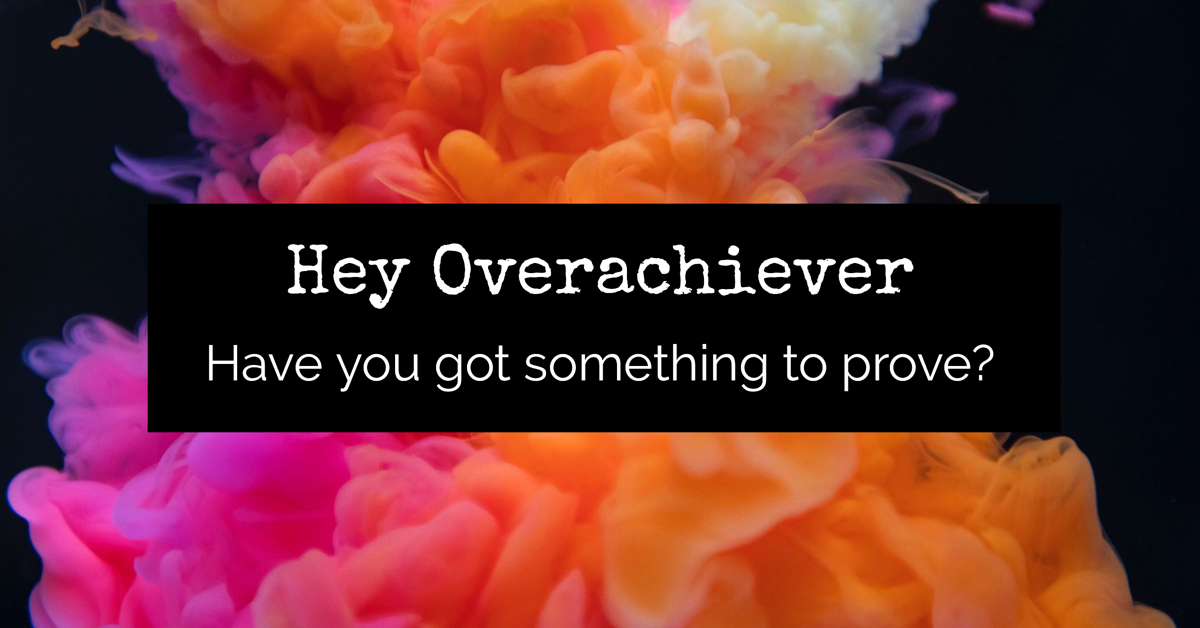 It was 1995, my GCSE year at high school and despite being known for being a bit of a swot, there was one subject I had always found challenging.

The teacher, this strict and surly woman, used to intimidate me. I’m not sure why. Her voice was loud and powerful, add into the mix the words tumbling out were the harsh sounds of the German language, I think I can appreciate why I used to dread the lesson.

In all of the other subjects we did, I was at the top academically. Not German. I was floundering towards the bottom and trying to keep my head above the water. I just couldn’t grasp it. No matter how much I tried to pay attention, it didn’t sink in.

Who the hell decided to put verbs at the end of the sentence and have 16 ways of saying ‘the”….?!

My mum and dad could see I was struggling. So much so my parents got me a private tutor who came once per week to our home. She was a spritely and smily Scottish lady whose lessons I did enjoy as she made them more enjoyable….but despite the extra sessions, I used to shut down whenever it came to being tested or having to speak in class.

My mind went blank. My heart would beat faster and my hands would do clammy.

Midway through that year, we did a mock exam in preparation for the GCSE at the end of the year.

I was so nervous as I slowly turned the paper over. I could see the other people in the class furiously scribbling their answers as I starred with wide eyes at the questions which didn’t seem to make sense.

I did my best at the time. I knew I hadn’t done well.

It was what happened next which I feel called to share with you.

As the teacher handed me the paper back a few days later, what she said to me became a catalyst for something quite extraordinary which I’ve only really acknowledge as I’m sat here writing this.

‘You got a very low C Rachel. In fact it was very close to a D. I think it’s fair to say that German is not for you and never will be’

I remember not feeling disappointed with my grade as I knew the test had been difficult.

I just remember feeling really angry and pissed off at the teacher for saying what she said.

German isn’t for me and never will be…..?

Over the following months I carried on with my private German lessons and I tapped into something I didn’t know was there.

I started to BELIEVE I could do it.

I started to use how I felt about the teacher’s comment as rocket fuel to prove her wrong!

I walked to school with some friends and you could feel the nervous excitement in the school playground as pupils appeared from the office with their brown envelope in hand. Some people were beaming from ear to ear whilst others looked a little less than impressed.

I kind of knew I had done OK but there was one grade I was eagerly awaiting to see the result of.

As I opened the envelope and pulled out of the slip of paper with all the grades printed down the side, there it was.

I was still looking at the grades in disbelief when my German teacher walked over. She put her hand on my shoulder and said ‘well done Rachel. I guess I was wrong about you’

Now you might think this is where the story ends.

I went on to do German at A level and then did a business degree with French and German, where a big proportion of our lectures were taught and tested in German.

And after graduation I decided I loved Germany so much I wanted to live there, so I did for 5 years. In that time I spoke German daily, I watched German tv, I read German books, I had German friends, I dreamt in German!

I became fluent in a language I was told was not for me.

Moral of the story is you are more capable than you realise and don’t ever believe anyone who thinks otherwise.

So whenever you are being told you aren’t capable of doing something or you don’t have what it takes…..choose to believe something else.

It might not be a teacher anymore, but your inner critic is just as powerful.

I believe in you

PS The Mindset Mastery School Mastermind begins in a few weeks which focuses on mastering your mindset for success.

A MASTERMIND which is all about the inner stuff.

Your beliefs which are limiting your potential

Along with soul aligned business modules too to help you take massive action towards growing your business!

By signing up for the mailing list you will also receive the latest news and updates around getting more clients and igniting your success mindset. You can unsubscribe at any time

You have Successfully Subscribed!